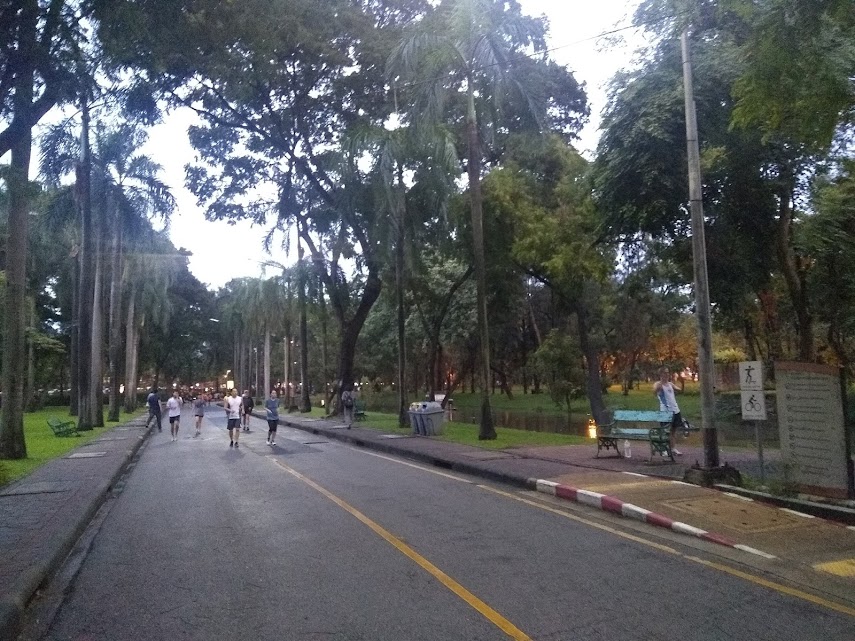 I had a great moment last night here in Bangkok.

After the conclusion of the day’s workshop, I joined the hundreds of other runners running through Lumphini Park. The park is a beautiful green oasis in the midst of the traffic, hustle, and concrete of Bangkok. As I run, it felt like I was joining in with an informal running club making circuits of the roads in the park. And then something happened that I wasn’t expecting.

First, I realised that the runners ahead of me had all stopped and were standing still. Then I became aware of martial sounding music. And then the penny dropped.

I also stopped and stood still. I glanced at my watch, 6pm. My hypothesis – the music is the Thai national anthem, and the appropriate response is to be respectful and stand still. And sure enough, once the music was over, the runners settled back into their strides and again made their way around the park.

A little googling later on, and my hypothesis turned out to be correct, and apparently, the anthem is also played at 8 am. I’ll have to keep an ear out for it.

Wandering in a city that I am only vaguely familiar with, and surrounded by unfamiliar language, I have been challenged to use my other senses to pick up on cues and the like. For example, noticing how people walk: how they move around each other, how they cue, and how they cross the street. I may able to negotiate public spaces in Australia, the USA, and Indonesia; but here is a new context, with new things to observe and learn.

I usually live my life in sea of words, and I am enjoying having to rely on other input to navigate work and life in Bangkok. It’s a timely reminder that there is always more to learn and understand, and that at heart, we humans are being who seek to see and decipher patterns.

As I settled back into my run last night, it occurred to me that in another time and place, it may have appeared that there was a giant game of musical chairs being played out in Lumphini Park last night – stand still until the music stops, and then find a chair.